So, What is ‘Living With A Cause’?

“LIVING WITH A CAUSE ” a Group of Associated people united together across the United States that care about the well-being of the future of our country, families, and preserving the Value of the past of those that have defended, supported, and built the greatest NATION ON THE FACE OF THE EARTH. ( The UNITED STATES OF AMERICA)

It’s legacy shall operate around the thought of “LOVE”, that is having members who want to support those organizations or people who help others. L.W.A.C. is Associated with the thought that, the members Across America of L.W.A.C. Empowers Others to have more, that we through our efforts have less as the members receives nothing back for their efforts.

An example of this is when our military members, fire, rescue teams, police, and many others give their lives in the line of duty and they don’t ask anything in return LWAC wants to be present. Many people give organs, finances, time, and support without receiving compensation or support or in some cases an appreciation of thanks , that is Living with a Cause.

L.W.A.C. is in support of, God, Family, and Nation as we support those that are not as blessed or the unfortunate as we lift up organ donors’, support military operations such as ; “Wounded Warriors” “Cancer Societies” “People & Their Families Suffering & battling Cancer / Illness ”

Teaching our youth if they can support someone else not as Blessed they can always support themselves, be strong !!

Images Of LWAC in Action 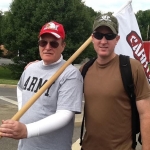 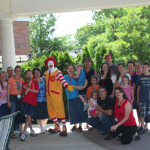 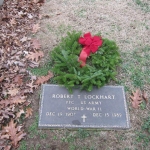 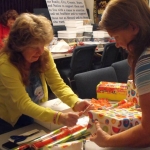