“Living With A Cause” is an organization comprised of a group of associated people united together across the United States that care about the well-being of the future of our country, families, and honoring the past of those that have defended, supported, and built the greatest nation on the face of the earth! (The United States of America) 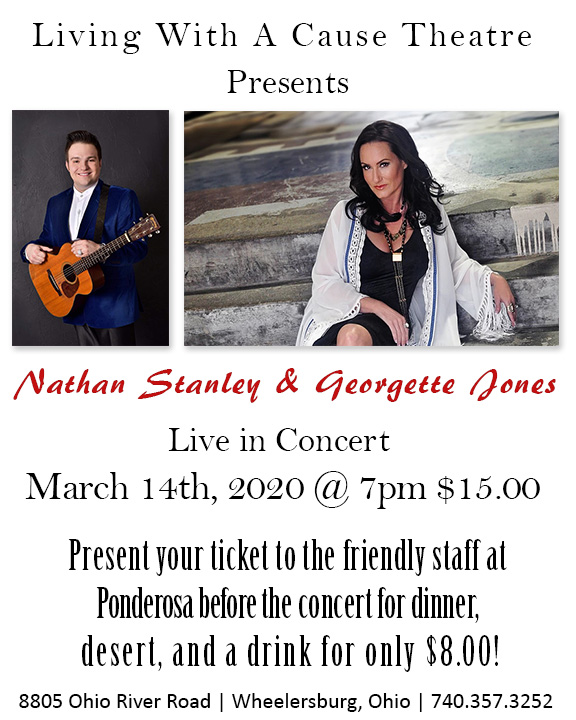 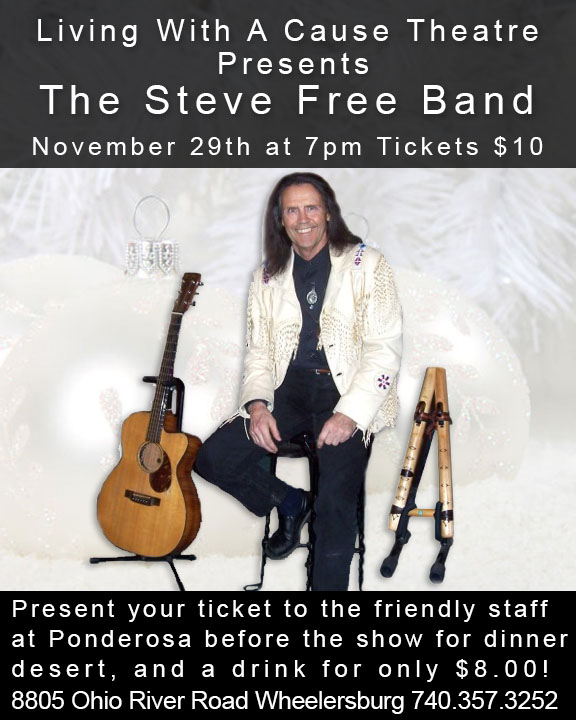 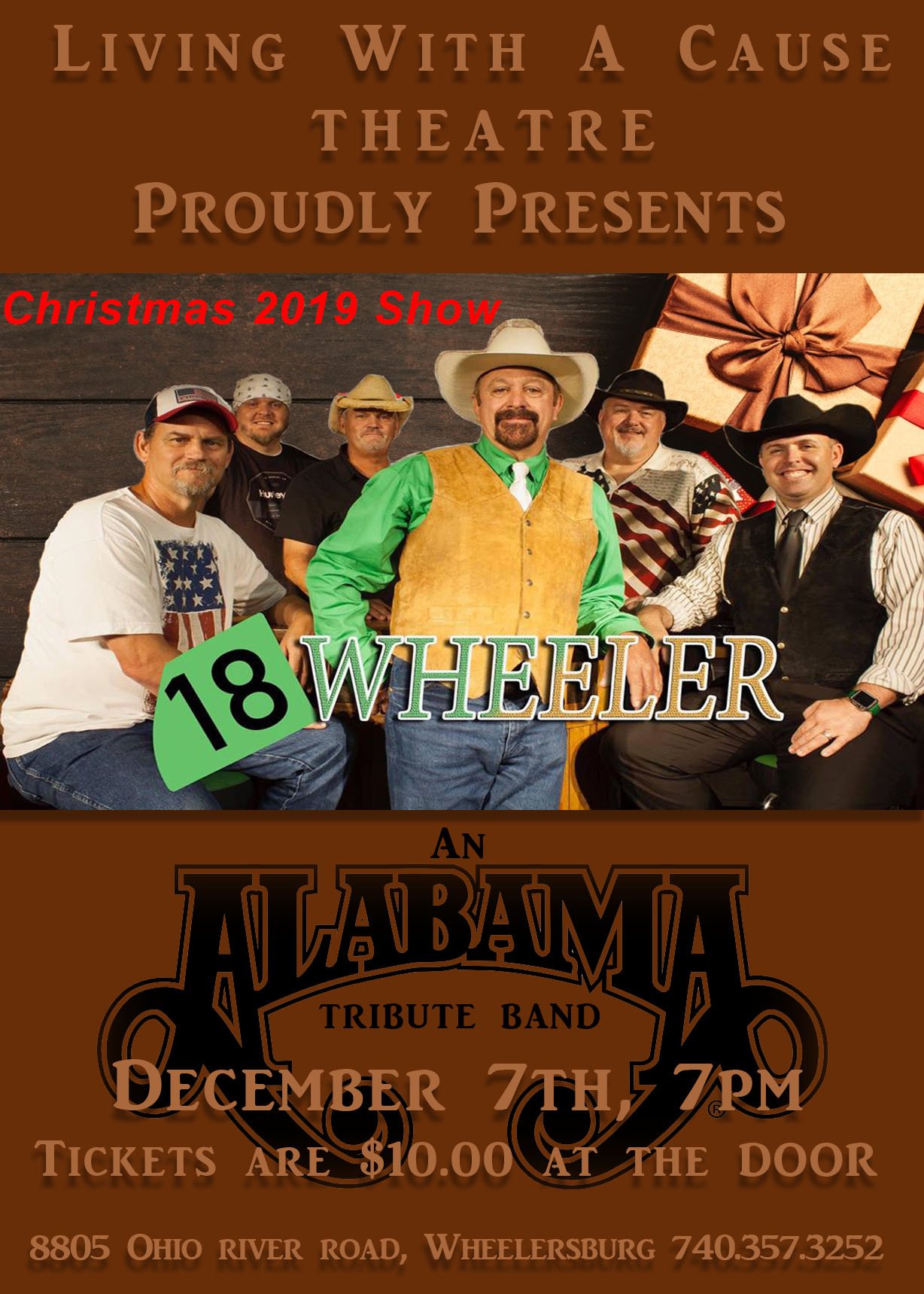 Living With a Cause Theatre presents Jonathan White in Concert

Living With a Cause honors Gunner Gilbert Bolton and Joshua Justice

Honoring Gunner Gilbert Bolton who volunteers at Camp Pendleton and listen to his 31 year record of service. Gib will serve until he dies. Gib has given out some 40,000 dog tags to marines. Gib is an amazing man who continues after losing his distinguished wife June. We have suffering military and past soldiers that need to hear someone cares. Veterans deserve our support share this story. It will cost you nothing to share. Honor our veterans by telling there story. 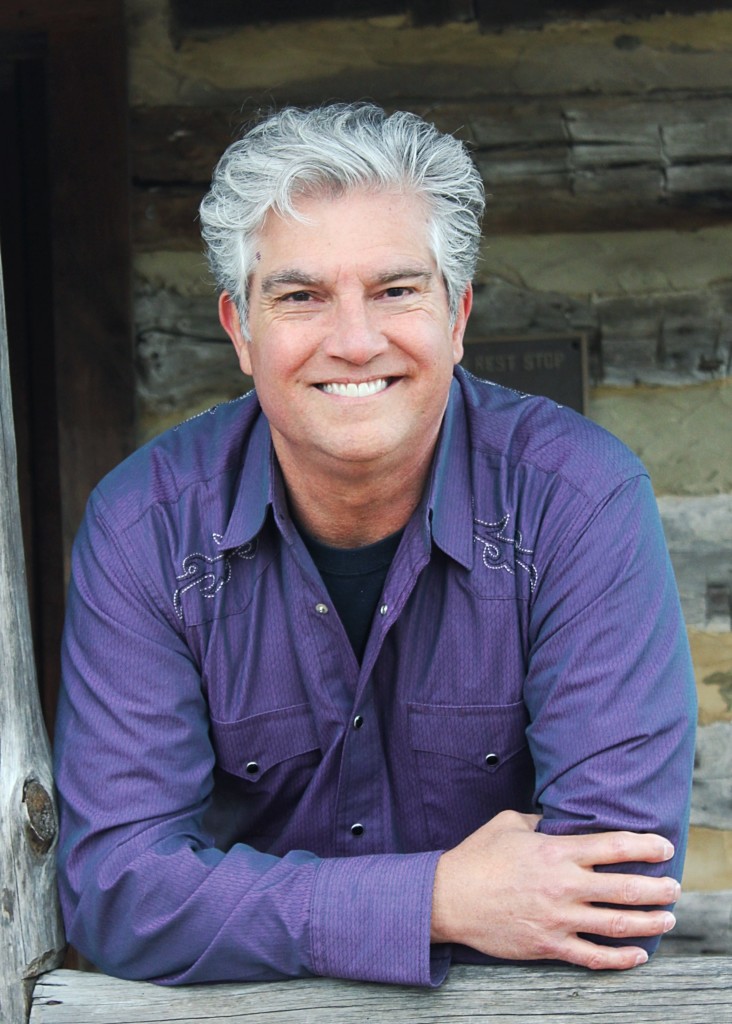 Jerry Salley (http://jerrysalley.com/), will be at the Living With a Cause Theater, 8805 Ohio River Road, Wheelersburg, OH, on Saturday, July 27th, doing his “Stories Behind the Songs,” show, telling the stories behind some of the many Bluegrass, Gospel, and Country hits he’s written. Doors open at 6:30 with the show at 7 PM. Admission is $10.00, with tickets sold at the door.  Salley, originally from Chillicothe, OH, is considered one of the greatest singer/songwriters in Nashville today, and we’ve been listening for years on the radio to the songs he has written. Nominated this month for the Nashville Songwriters Hall of Fame, he’s had over 500 different songs recorded by the who’s who of music in Country, Bluegrass and Gospel, with sales in excess of 17 million records. He may be the most successful songwriter to have earned equal recognition from all three genres of music.  Billboard Magazine called him “One of Music Row’s greatest veteran tunesmiths.” A Grammy winning (Country Album of the Year: “Livin’ Lovin’ & Losin” a Tribute to the Louvin Brothers) and Dove Award-winning singer and songwriter (Stephen Curtis Chapman: His Strength is Perfect: Song of the Year 1990), he has had numerous #1 songs, and songs that have been on Grammy winning albums, such as Chris Stapleton’s “Traveler” album (“Outlaw State of Mind”), Reba McEntire’s album, “Room to Breathe” (“I’m Gonna Take That Mountain”), and many other well-known stars.  He was named 2018 Bluegrass Songwriter of the Year by the International Bluegrass Music Association and was recently named Creative Director and Head of A & R for the Bluegrass and Americana labels, Billy Blue and Billy Jam Records, part of the DayWind Music Group.

Living With a Cause honors our veterans Memorial Day 2019

JUNE 15th 7pm: Kelsie May makes her return to “The Living With A Cause Theatre” 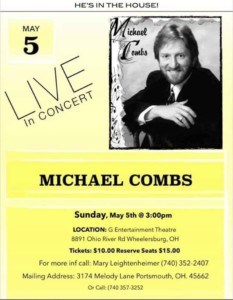 Join Us This Friday, March 15th | 7:00 pm for an Amazing Evening of Great Singers and Entertainment for the Whole Family!! We’re Coming together as a Community to Honor and Pay Tribute to Our Local Heroes.

Our Military, Fire, Ambulance, Police, and Sheriff Department. These are our Heroes, The Brave Men and Women Who Serve, and Protect Us Each Day and Night, Risking Their Own Saftey, and Laying their own Lives on the Line. Many Times without any Acknowledgment, Appreciation, or even so much a Simple “THANK YOU!!”

Let Us Make Our Voices Heard as We Say a Big Thank You, and Show them and their families love and support, by Attending and Supporting this Wonderful Cause and Event!!

Living With A Cause Theather
8805 Ohio River Road
Wheelersburg, Ohio45694
(*Inside The Wheelersburg Cinema)

Its Been Several Years Back, When Pastor Mike Gifford had no idea that a room full of his Friends, Family and Church Congregation was waiting to Wish him a “Happy Birthday!!”

In This Video Clip, was one of Pastor’s Special Birthday Gifts! It Was a Song That Brother Randy Nickles Wrote, Dedicated and Sung it Live to Pastor called “LIVING WITH A CAUSE”

As You Watch the Video You Can Begin to See the Tears Swell up in Pastor’s Eyes and How Touched he was by this!!

The Lyrics talks about Pastor Gifford’s Early Childhood years, his Love for his Family, and Friends. His Dedication of Being a Faithful Man of God, and Pastor of his Church, New Life Family Worship Center.

This is How he lives his life each day by striving to love and help someone in need!! This is What “Living With a Cause” is all about and it describes Our Pastor very well!!

THANK YOU, PASTOR MIKE GIFFORD, FOR ALL THAT YOU DO!! WE APPRECIATE, & LOVE YOU!!!

Hailey Hammond benched 145 lbs. which broke the record held by 35 lbs., she broke the squat record by 70 lbs. by squatting 345 lbs, along with deadlifting 325 lbs., breaking that record by 80 lbs.

Thanks for everyone supporting this LWAC event; What a great event at the Friends Center on Friday evening December 23rd 2017 honoring our 64 veterans and 200~300 family members.

Thanks to veterans 5, Andy Glockner, New Life Family Worship Center, Sciotoville Community School, Focus Residential, and Calvin Ray Evans Ministries. The tireless efforts of preparing food, serving food, fixing food baskets, and preparing toys for children we salute the Colliers (great food) Crafts, Hills, Snyder’s, Halls, Blevins, Wards, and photography Bernadine. Thanks to John Foster support pulling this event together for the last 12 years as well as Santa and Miss Santa Robbins with Jay and Denice Foster and kids Santa helpers. Tony Carr in the cold giving food baskets was appreciated. Those who posted Color Guard from the Minford Post we are indebted. Our special singing from Dennis Chapman was exceptional. We chose to do this deed for 64 veterans who received medals around their neck presented by the hero Jonathan Etterling family. The evening was also supported by the Andrew “ Hollywood” Peck family who shared toys for many children that Santa will share with local needy children. Also we honored Josylynn who has received her liver transplant and hope to see her at next years event. This event allowed ours and others to spend Sunday with their families here and afar. Christmas is about CHRIST and family.

—- ( Living With A Cause equals People Helping People ) —-

An American Hero’s Mustang- Charlie Miller Vietnam Veteran. This video pays respect to Charlie and all other American veterans and active military on veteran’s day. Thank you! Make sure to watch this in HD!

Listen to the full song about the American soldier. Take 3 minutes of your life and thank our men and women and the multitude of graves that the past heroes state don’t let our dying be in vain. Keep America free. Americas friend Living with a Cause.

America must always remember we we are a proud nation under GOD and we are the United States of America. Never again to make the mistake of being divided against ourselves. Living With a Cause still believes those that died for our country their blood cries out from the ground, peace. Go to Gettysburg and march the field and stand over the nameless graves and read the Gettysburg address about CAUSE and a nation under GOD. It is a great day live it to the fullest! Honor someone.

Christmas with the Veterans 2017 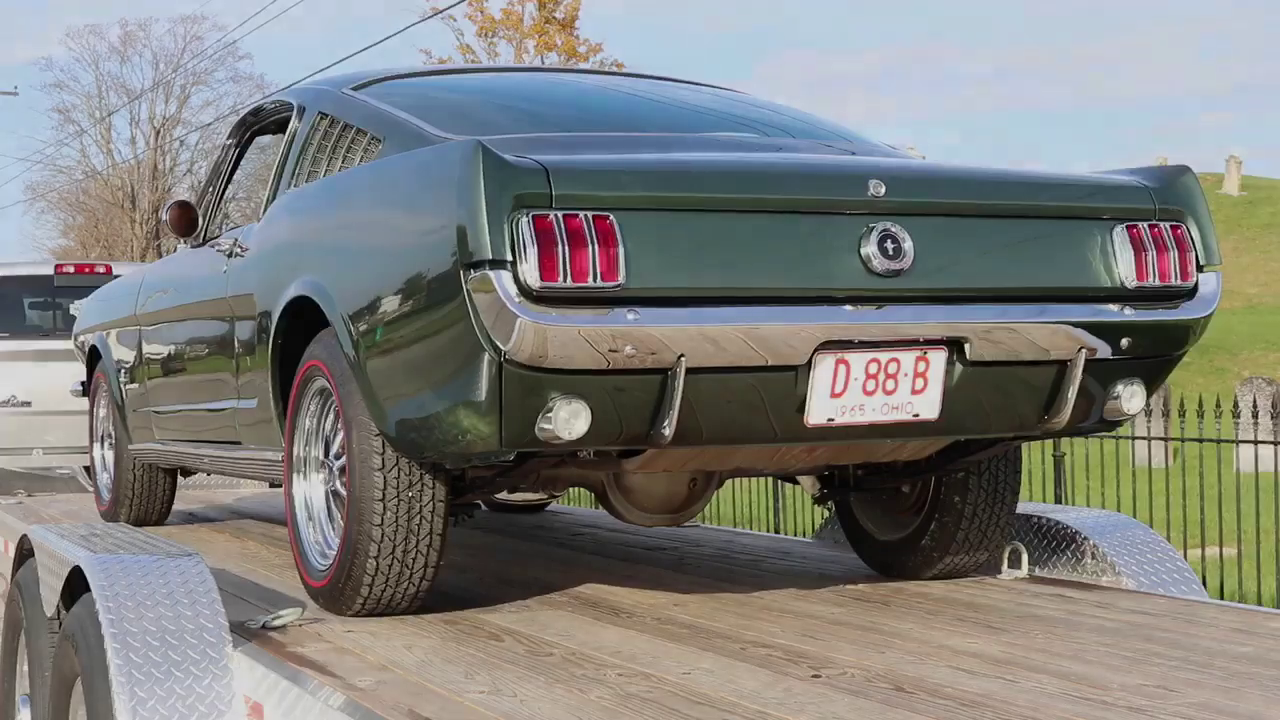 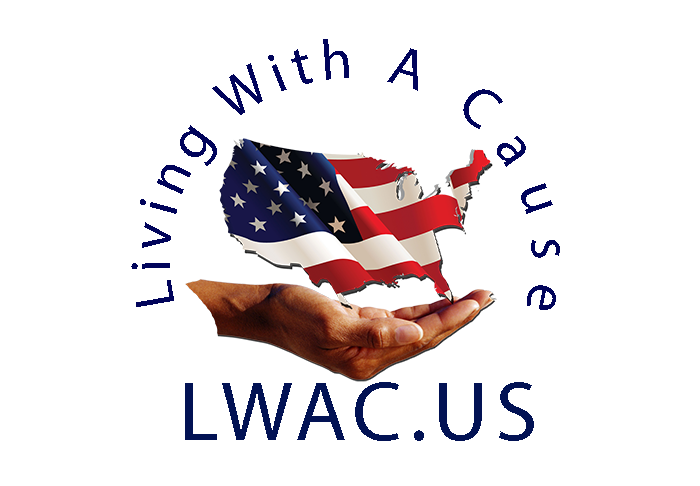 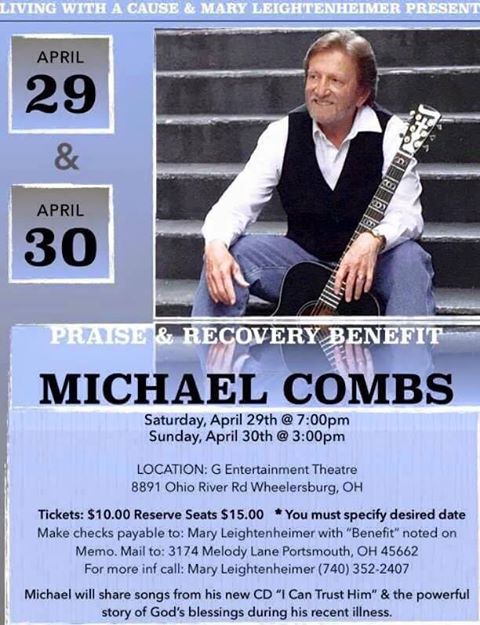 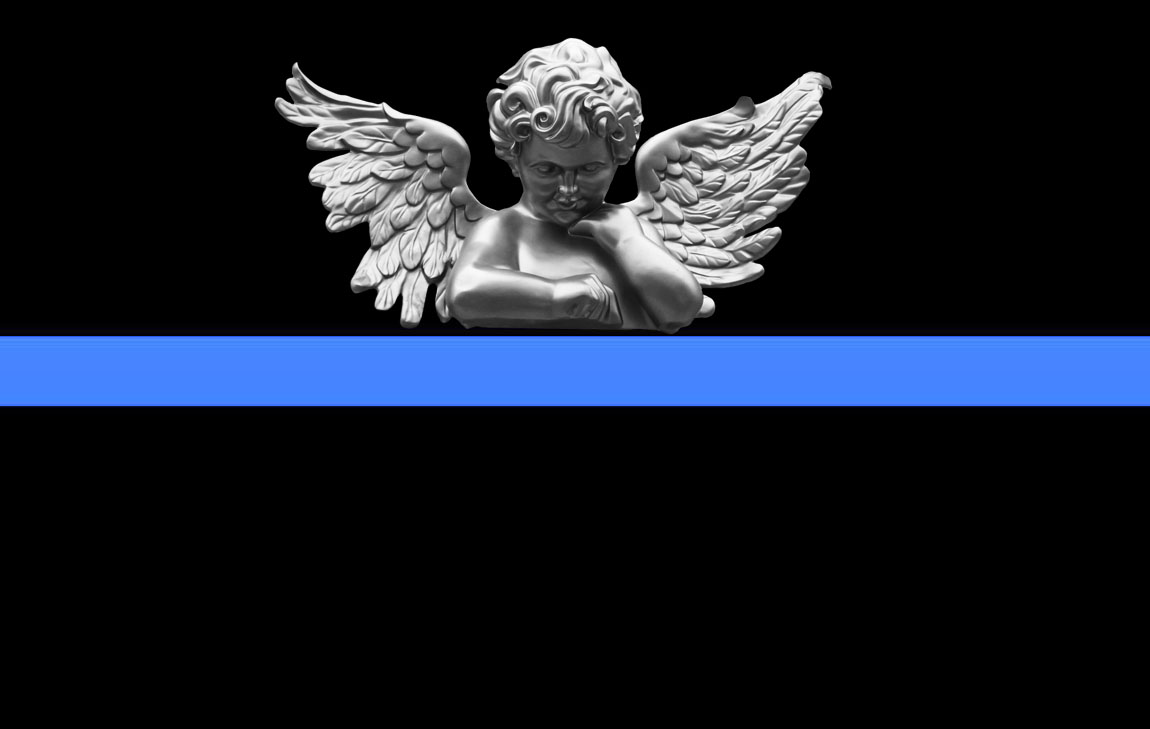 Solidarity of a Nation 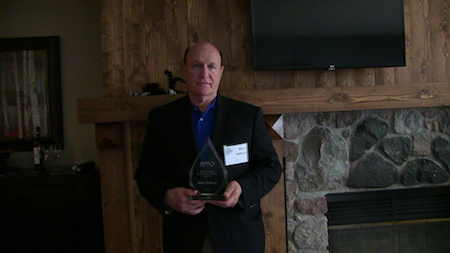 Want to know more about us? Watch the Video below.

Living With A Cause Supports 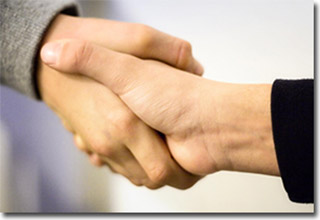 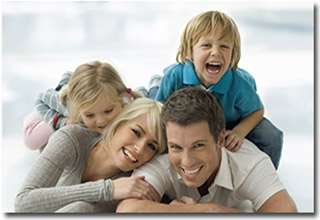 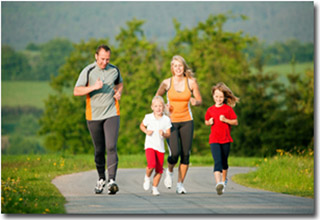 Support these companies that patriotically support our Nation and Veterans